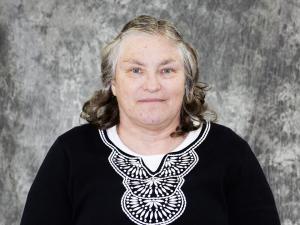 Present research projects focus on a) a comparison of the spread of the 1918-19 influenza epidemic and other epidemics in Labrador and Alaska, b) the spread of multiple acute pathogens (especially influenza and measles) within a context of chronic tuberculosis and malnutrition in Newfoundland and Labrador during the first half of the 20th century, c) the impact of community improvements on mortality at different ages in Columbia, Missouri during the early 20th century, and d) understanding potential factors, including infectious disease, nutrition, and environmental change, that were implicated in the pre-Columbian rise and abandonment of the Long House Valley in the Four Corners region of Arizona. I specialize in developing and analyzing results from mathematical and computer modeling of the spread of infectious diseases, with a present emphasis on the development of agent-based computer simulation models.

I am no longer accepting graduate students. If you are a student or researcher working in an area related to what I study, feel free to contact me with questions and comments about my or your own work.

To me the most important thing students should learn in college and graduate school is how to move beyond memorization of facts and equations to a new level—one where they begin to assimilate the material, combine it with other information they have learned, critically evaluate it, and mold it into ideas that they can begin to call their own. In order to do this I emphasize three activities: 1) focusing lectures and discussions not only on the nuts and bolts of the material we are discussing, but on how that material is used in the real world and on critical evaluations of that material and the inferences researchers can draw from it, 2) assigning written assessments that require students to work with the material presented rather than just memorizing information, and 3) using a variety of teaching methods and materials. Although some of my classes are traditional lecture-based classes, the majority are discussion-oriented, with class time devoted to addressing questions contributed by both me and the students that are drawn from the readings for the day. I also regularly bring current research into my classes and I have a long history of mentoring both undergraduate and graduate students in independent research projects.

I hope that upon completion of one of my courses, a research experience with me, or a bachelor’s or graduate degree, students will have developed an appreciation, if not an outright love, for the subject matter presented and will be able to critically evaluate the knowledge they run across in the literature, in other classes, and in the popular press. Furthermore, I hope that they will leave all of my courses with ideas of how insights from my courses can be applied in their own lives, regardless of whether they pursue further work within academia or follow different paths.

Anthropology 2050/2051
Introduction to Biological Anthropology
This course is a survey of biological anthropology. Primary emphasis on the biological evidence for human evolution. Major topics include human paleontology, primate behavior and human variation.

Anthropology 3560
Plagues and Peoples
Overview of the ecology of human host-pathogen interactions and the influence of human culture on the transmission and spread of infectious diseases through time and in different environments.

Anthropology 4990
Capstone Seminar in Anthropology
Readings, discussions, and problems in the integration of the subfields of anthropology through theory and examples.

Anthropology 8187
Seminar in Ecological Adaptation
Occasional graduate seminars on topics of interest within the study of infectious diseases or demography.

Monday and Friday 2-2:30 and by appointment