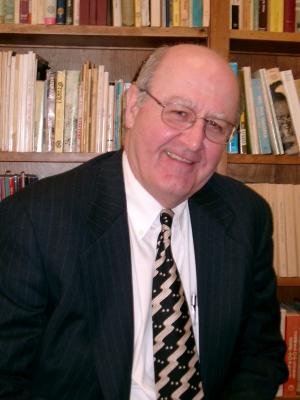 Brian Foster is Provost Emeritus at the University of Missouri-Columbia. Before coming to MU in August of 2005, he served as Provost at the University of New Mexico in Albuquerque. Prior to that, he was Dean of Arts and Sciences at the University of Nebraska at Lincoln and Graduate Dean at Arizona State University, where he also served as Professor and Chair of the Department of Anthropology. Foster received his Ph.D. in Anthropology from the University of Michigan; he completed his undergraduate degree in History at Northern Illinois University. Foster has served on the Southeast Asia Council, the Executive Committee of the Thai-Lao-Cambodian Study Group of the Association of Asian Studies, and on the Executive Committee of the Southeast Asian Studies Summer Institute (SEASSI). He was President of the Western Association of Graduate Schools, a member of the Board of Directors of the Council of Graduate Schools, Chair of the GRE Board, member of the TOEFL Policy Council, and a member of the Executive Committees of two NASULGC Councils: the Council of Research and Graduate Education and served as chair of the Council on Academic Affairs.