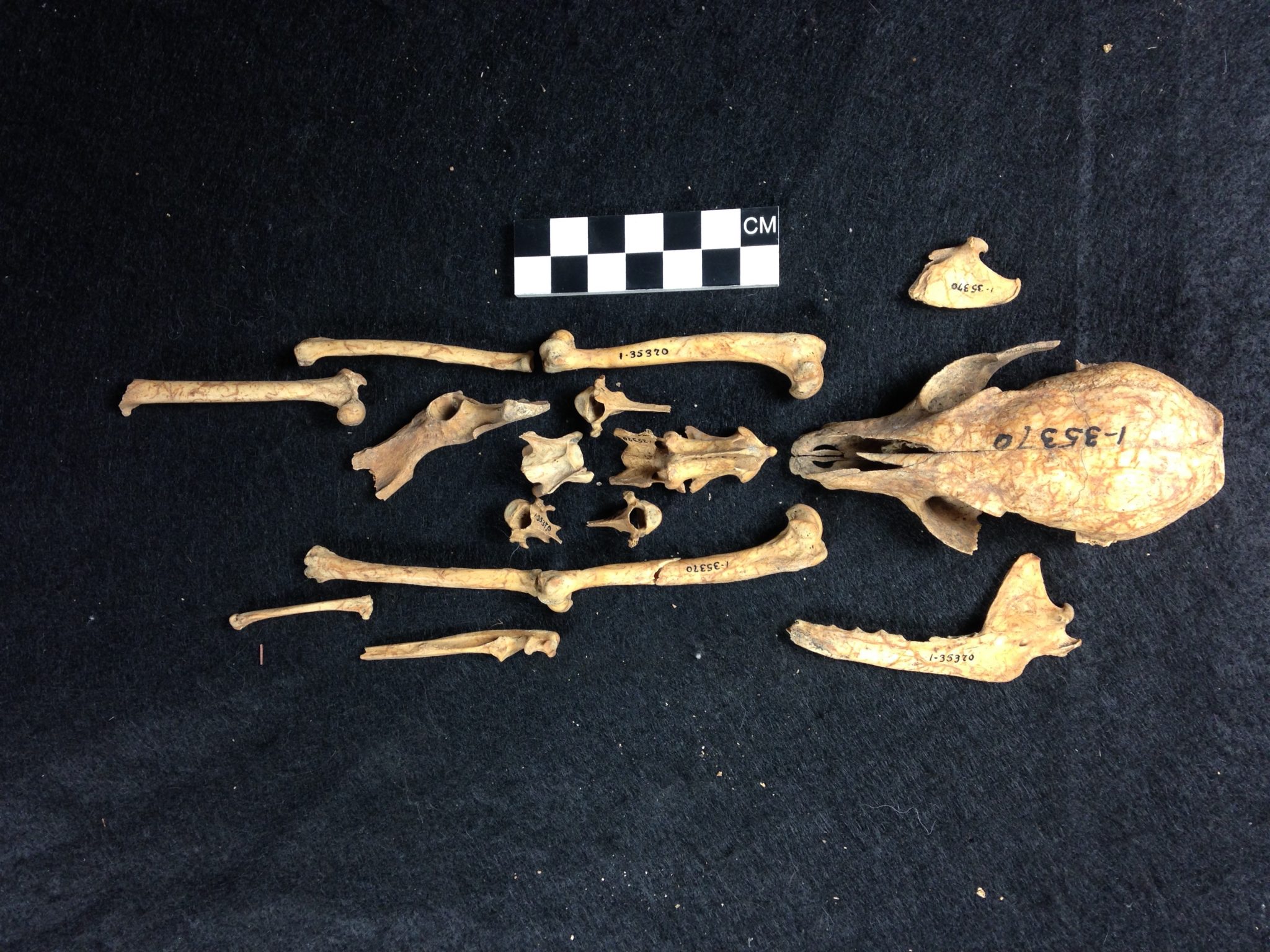 A skeleton of an island fox

Nearly two decades ago, a small-bodied "human-like" fossil, Homo floresiensis, was discovered on an island in Indonesia. Some scientists have credited the find, now nicknamed "Hobbit," as representative of a human ancestor who developed dwarfed features after living on the island, while others suggest it represents a modern human suffering from some type of disease because of its distinct human-like face and small brain.

Colleen B. Young, a graduate student in the Department of Anthropology at the University of Missouri, has always been naturally curious about the nature of the human "footprint," or how humans impact their environments and vice versa. She believes the Hobbit adjusted from a longer-legged version of itself to meet the demands of an isolated, island environment.