Human evolution presents two major macro-evolutionary puzzles. The first is why our basic adaptation evolved in the Pleistocene (2.6 million years ago until 10,700 years ago). The human big brain-culture-technology-large societies adaptive complex turned out to be a stunning success by the end of the Pleistocene. Other major adaptive breakthroughs like camera style eyes, internal skeletons, terrestrial locomotion, powered flight, and many others, evolved hundreds of millions of years ago. Why haven’t human like adaptations been common for a long time? The second is why the evolution of immense societies resting on sophisticated economies with intricate divisions of labor and extensive trade arose only in the last 10.7 millennia (the Holocene). Macro-evolutionary explanations come in two flavors, ones that appeal to processes internal to the evolutionary process and ones that appeal to exogenous environmental forces. In the case of human evolution, the main internal factor seems to be that we inherited largish brains, manipulative hands, and a high degree of sociality from our ape ancestors. At any rate, unlike many other major adaptations, no other lineage has (yet) converged on our adaptation. On the other hand, many other lineages have evolved somewhat larger brains in during the Pleistocene, indicating a common external factor. The climate of the Pleistocene was cold, dry, and highly variable. Some high resolution core data suggest that variation on the scale of centuries and millennia increased in intensity as the Pleistocene unfolded. Theoretical models suggest that it is variation on this time scale that can support a costly capacity for culture (social learning) sufficiently sophisticated to lead to complex tools and complex, cooperative, social systems. Human brain size and cultural sophistication seem to have tracked the increasing millennial and sub-millennial scale variation, though data from more and longer high resolution paleoclimate and paleoecology data will test this conjecture more rigorously. Holocene climates have been comparatively low in millennial and sub-millennial scale variation as well as being warmer and wetter than glacial ones. This led to the evolution of a myriad locally specialized subsistence systems, a great many of which are based on plant and animal domesticates. Agriculture’s increase in production per unit land area led to higher population densities, which in turn favored a finer division of labor, larger scale trade, and more political complexity. Humans by now have come to be a major biogeochemical force on the global ecosystem, leading to an uncertain future despite our current spectacular success. 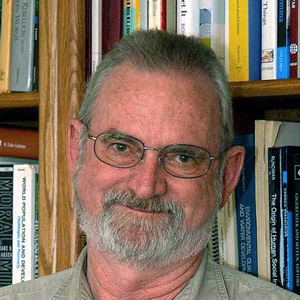