Over the last few decades new trends in evolutionary developmental biology (evo-devo) have challenged the genocentric view of evolution and argued that the organism’s (and species’s) interaction with the environment is a codetermining factor guiding the course of all biological evolution. During this same period scholars in a number of different fields (paleoanthropology, media theory, philosophy, cybernetics, among others) have argued that human evolution must be seen as a coevolutionary process (technogenesis) encompassing both biological evolution and the advance of technology. In this paper I will explore how the theory of technogenesis might be brought into a productive alignment with some of the recent developments in evolutionary theory to provide insight into two contested areas of human evolution: language and cognition. 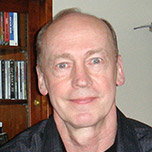